If you are looking for a quieter alternative to Koh Chang then there are three islands within easy reach that you should consider.  From November to May, these islands are all accessible by daily boat services from Koh Chang.  During the low season, visitors have to go via the mainland.  Boats to Koh Mak depart from the mainland at Laem Ngop pier.  And those to Koh Kood depart from Laem Sok pier. 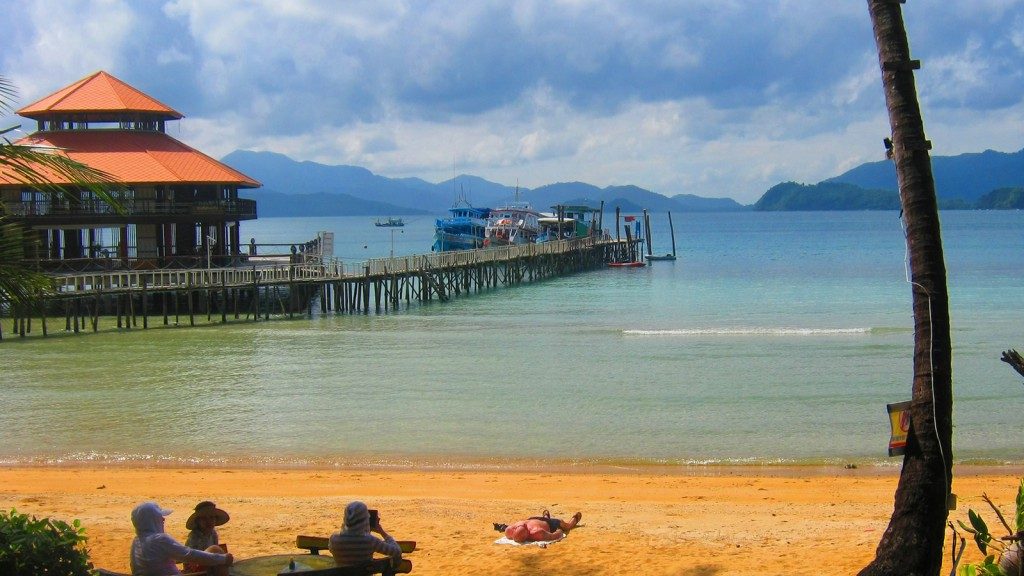 If you’re looking to escape to an island just to relax and do nothing, then Koh Wai is the island for you. Located around 6 kilometres south of Koh Chang, reachable via a short boat ride away from Bang Bao on Koh Chang.

Koh Wai is a tiny primitive island, to give you an idea of how small it is, you can walk from the North coast to the South in approx 45 minutes.  With its wild jungle interior and charming beaches mainly found along the northern coast, road-free Koh Wai is the perfect getaway from the ‘real world’.

The majority of visitors to Koh Wai are day-trippers coming over by boat from Koh Chang. Everyday the boats moor up on the piers on the northern coast and the beaches fill with tourists sunbathing and snorkelling in the clear shallow waters.

But it’s not for everyone. The Island has no roads, shops, villages and probably the most important to some people, no mains electric. The electricity to the island comes from generators, and in the cheaper accommodation it is only switched on between the hours of 18:00 to 22:00, and forget about having a hot water shower. There are also no Police or medical facilities on the island, and with no ATM’s and very scarce WiFi you can see why staying on Koh Wai is not for everyone.

When it comes to accommodation, you’ve got a choice of 5 places to stay. All but 1 of them are located along the northern coast of Koh Wai, and suit different types of tourist and budget. Koh Wai Paradise Resort, Good Feeling and Ao Yai is more of your backpacker type beach huts, while Koh Wai Pakarang Resort and Koh Wai Beach Resort are your resort style accommodation. But don’t expect anything like the big resorts that are found on Koh Chang.

Koh Wai Beach Resort is the only place not on the northern coast, it can be found on the South east coast and can only be reached by boat. If you’re coming to Koh Wai in the off season beware the majority if not all the resorts will be shut, so check before you leave.  All the accommodation on the northern coast are connected by a coastal path and each have their own pier. 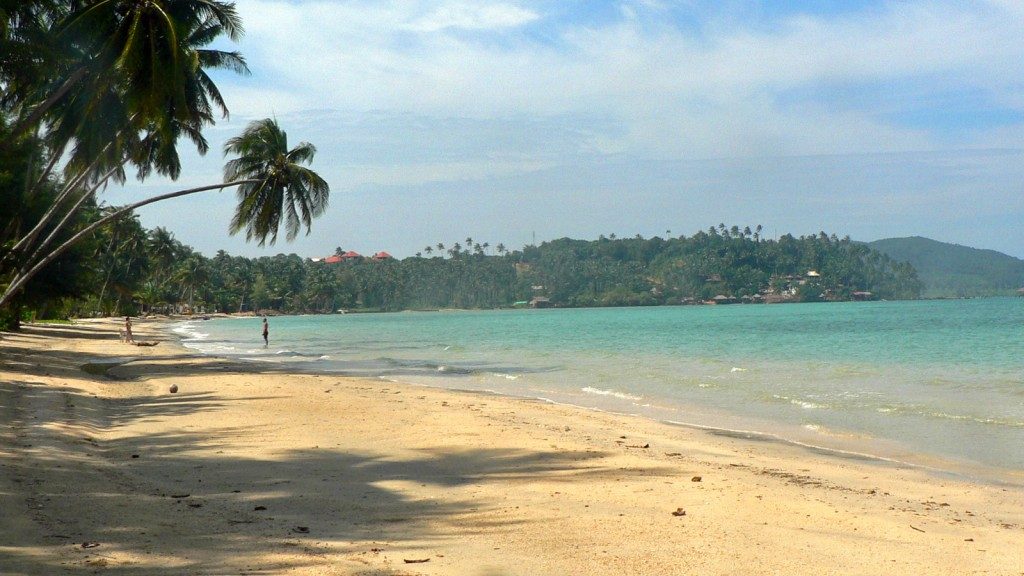 The Island, which covers an area of 16 km², has a population of around 1,500. It has a fairly low lying terrain compared to the surrounding islands, with an interior full of rubber and coconut tree plantations. The coastline of Koh Mak is lined with stunningly long white sand beaches, with the crystal clear waters gently lapping up onto the sand, you can see why the beaches was once voted in the Top 10 in the world, by British newspaper, The Sunday Times.

Because Koh Mak is privately owned, any development on the island is carefully controlled, meaning it’s not overrun by large developed resorts. Instead you will find smaller boutique hotels and elegant beach bungalows, which make the island even more appealing to tourists who are looking to come and relax, and escape the stresses of modern life.

The most popular areas on Koh Mak are situated in the northwest and southwest, this is where you will find the majority of accommodation and of course the popular beaches.

The longest beach on the island is Ao Kao in the north, but if you’re wanting to capture the perfect shot of the sun setting then head towards the sheltered Ao Suan Yai beach. Even though the small resorts have been built around the popular beaches, there are still some hidden gems to be found on the island. These are Ao Phra and Laem Sori beaches, where both are located in the north of Koh Mak.

The Islands resorts and bungalows are mostly situated around the two main beaches, Ao Kao and Ao Suan Yai, where accommodation can be found for all budgets. There are also a few other resorts dotted along the more remote east coast.

The majority of visitors come to the island for the beaches, relax and enjoy the calm atmosphere of the island. However, for the more adventurous types, kayaks and mountain bikes are available to hire, to allow you to get out and explore in and around the island. There are also three diving schools ready to whisk you away to the nearby coral reefs.

To reach Koh Mak from Koh Chang you have two options. You can either catch the daily boat from Bang Bao pier or a speedboat from Kai Bae Hut, which also runs daily. 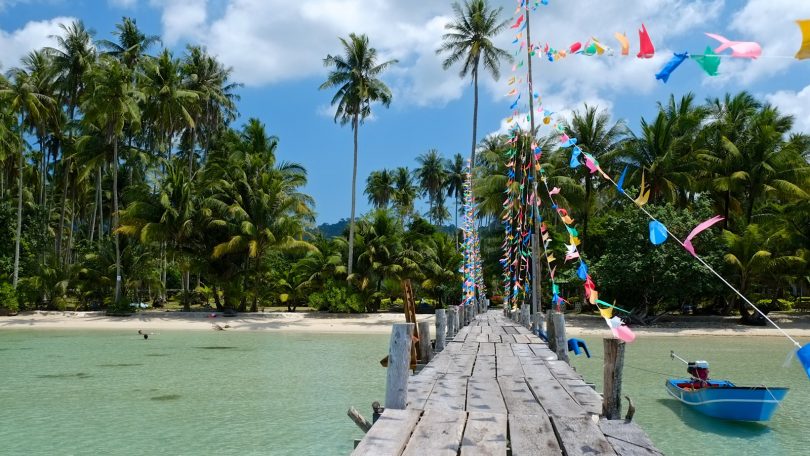 The term ‘hidden gem’ gets thrown around a lot when describing Thailand’s many islands. But this really is one of those times you can use it and it describes it perfectly.

Koh Kood is the fourth largest island in Thailand and the second largest in the Koh Chang archipelago. But despite its size, the island sparsely populated with around 2,000 permanent residents. Similar to Koh Chang, the islands terrain is very mountainous and covered in jungle. One of Koh Kood’s prominent features is Klong Chao waterfall, and while the waterfalls height is nothing spectacular the waterfall descends into a massive plunge pool surround by lush green jungle, making it a very pretty setting.

The waters surrounding the island are crystal clear, with some vibrant coral reefs just off the beaches along the West coast. While on the subject of beaches, Koh Kood plays host to some amazing white sand beaches found along the western and southern coasts.

The most biggest place on the island is the fishing village of Ao Salat, in the Northeast. If you can, it’s definitely worth the visit to experience local life and to witness the daily fresh catch of seafood being landed on the pier.

In the past, Koh Kood was mainly visited by tour groups, but the last few years have seen an increase of independent travellers reaching the island. Despite this, public transport is non existent on the island. You will either need to hire a Songthaew or rent a motorbike to get around and explore the island, which although some hassle, you will be rewarded with some stunning views and lovely beaches. The infrastructure is improving and eventually public transport will be introduced to the island.

A lot of the resorts on the island are high end developments aimed towards the tour package groups, but more accommodation is appearing on the island to suit all types of travellers with different budgets. If you’re really wanting to splash out and treat yourself check into The Soneva Kiri with its five star facilities.

Klong Chao is the main tourist area on Koh Kood, this is where you will find a range of varying accommodation. The majority of the islands restaurants, bars and touristy shops are also situated in the Klong Chao area. If you’re wanting nightlife, this isn’t the place to be, only a few bars stay open late and usually you won’t have much company.

Koh Kood is the place to come to relax on beautiful sandy beaches and swim in the turquoise waters.

To reach the island independently, the easiest way is to catch one of the boat services from the mainland at Laem Sok pier.  These run the daily throughout the year.  The first boat is at 10:00 and last at 14:20.   During High Season, take a speedboat service to Koh Chang  run by Bang Bao Boat or Kai Bae Hut.  Note that there aren’t any vehicle ferries to Koh Kood.

Tourism on Koh Kood is effected by the seasons, during the rainy season, some of the accommodation and local amenities close. This is due to the very heavy and unrelenting rain the island receives.

In contrast, if you’re visiting during the high season around Christmas, New Year and Songkran, reserving accommodation is highly recommended. 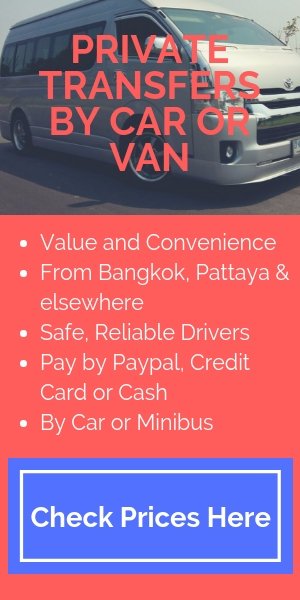