The Sights and Attractions of Chanthaburi

Chanthaburi city has something for everyone.  It’s not a city that gets many visitors.  But there are a number of reasons why it should be included in your trip planner if you are in the area. It is one of Thailand’s most eclectic small cities.

Chanthaburi was occupied by the French during the end of the 19th century and their architectural influence, including the largest Catholic cathedral in Thailand, can still be seen.   With its glittering jewels, French-influenced architecture, artsy riverside atmosphere, dazzling temples and churches, and a delicious mix of local food, a stroll through the Chanthaboon Old Town is a must for all travellers with a sense of history.

Chong was the first settled by a Khmer community in the 13th Century .  In the mid 17th Century a new town was established and 100 years later in 1767 after the fall of the Kingdom of Ayutthaya, King Taksin the Great,  led a troop of some 500 soldiers to break through and head eastward to occupy Chanthaburi.  He spent several months raising an army from his base in Chanthaburi and then regained control of Siam from the Burmese.  You’ll see several monuments to King Thaksin around the city and the largest park is named after him.

In the late 19th and early 20th Century the province was under the control of the French occupying forces.  A peaceful handover was negotiated by King Rama V in 1904. 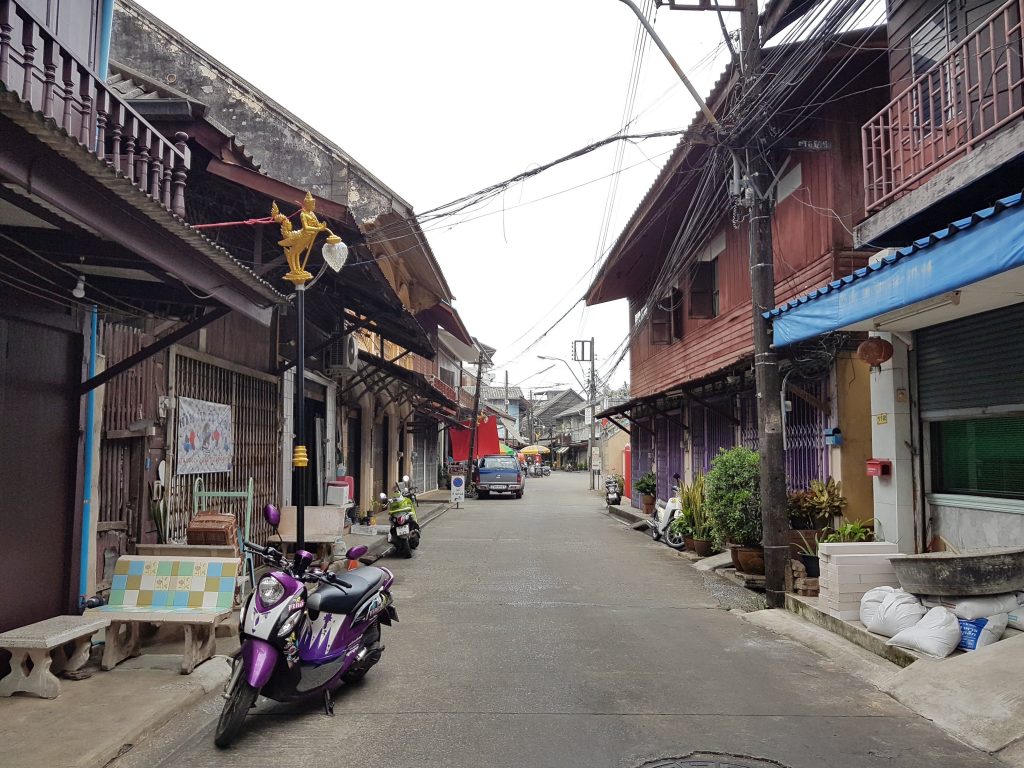 Centuries ago Chanthaburi became a wealthy town due to the gem mines in the nearby hills.  prospectors from across South East Asia  – mainly Shans from Burma, Chinese and Cambodians came to try to strike it rich. Though the veins of sapphires and rubies have now been all but exhausted, Chanthaburi’s reputation as a gem centre still thrives.  The city’s gem street – centered around Si Chan Road  –  draws gem traders from around the world and is a centre of ‘cooking’ gems.  This process involves skillfully heating gems up in order to improve their appearance and therefore value.

It is the place in Thailand to go to pick up blue sapphires, rubies, emeralds and other gems at wholesale prices.  Most are imported from abroad and so buying and selling gems is best left to the experts.

The old town (aka Chanthaboon Waterfront) is set along Sukhapiban Road and is easily accessed via the footbridge at the back of the cathedral.

Decaying but charming French-built shophouses and historic Thai-Chinese temples are tucked over narrow old alleys that snake alongside the Chanthaburi river. It is a very interesting area to wander through.  You’ll find some of the older buildings being re-fitted and renovated and made into small cafes and restaurants plus a couple of boutique guesthouses for people who want to stay in the old town. 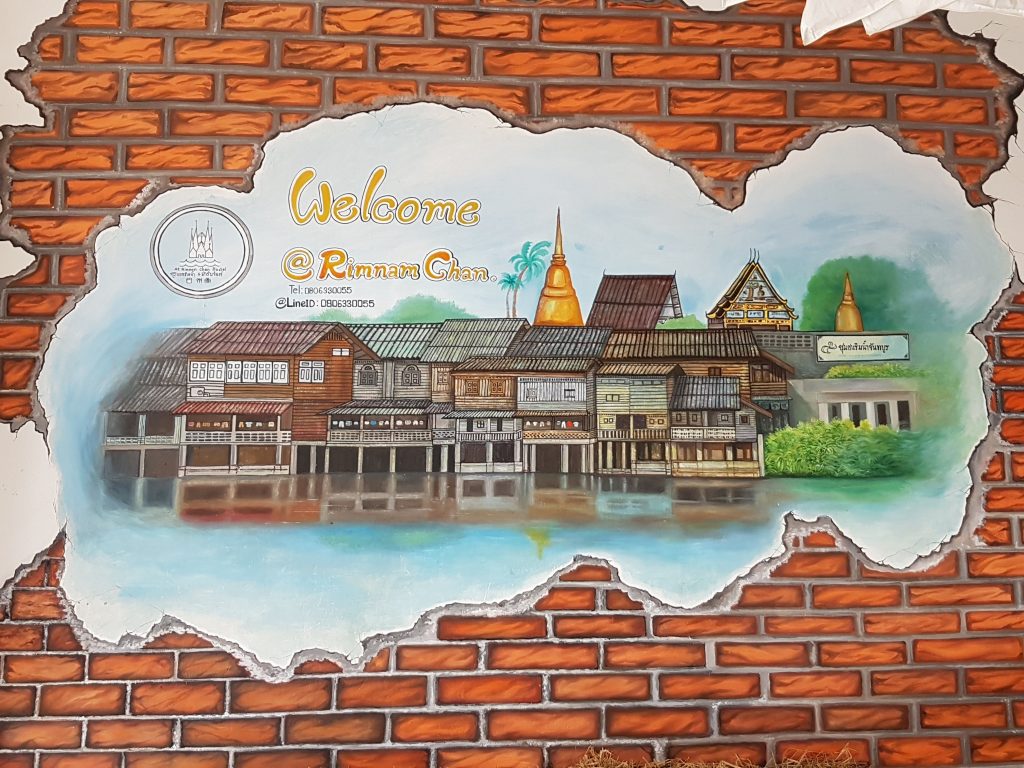 The province lacks the fine white sands and range of resorts found on nearby Koh Samet and Koh Chang but there are deserted beaches lining the coast. Plus small fishing communities, undiscovered coves and a smattering of resorts catering mainly to Thai weekenders. The beaches are within easy reach of Chanthaburi city.

Laem Sing beach is the longest and is where you’ll see fishermen setting off for a day out at sea. A long bridge spans the mouth of the estuary and leads towards tiny Ao Yang bay. The bay’s small, secluded beach has a forgotten feel.  There’s just a couple of simple stalls selling food and drinks to the handful of visitors that show up daily during High Season.

Chao Lao beach is nearby and is the most developed. There are many small resorts and some excellent, inexpensive restaurants.  Take another long bridge towards the nearby Kung Kraben Bay which has a nature trail through the protected inland mangroves.   There is also an aquarium here with free admission and a walk through tunnel that allows you to see all manner of sea life up close.

Finally take the winding road that hugs the coastline to Kung Wiman beach and up to the Buddha image overlooking the sea. A great spot for sunset.

You can walk around the city centre and there are a lot of  motorcycle taxis, but no tuktuks.  You can rent a motorbike at most hotels and guesthouses for around 200  -250 Baht / day. 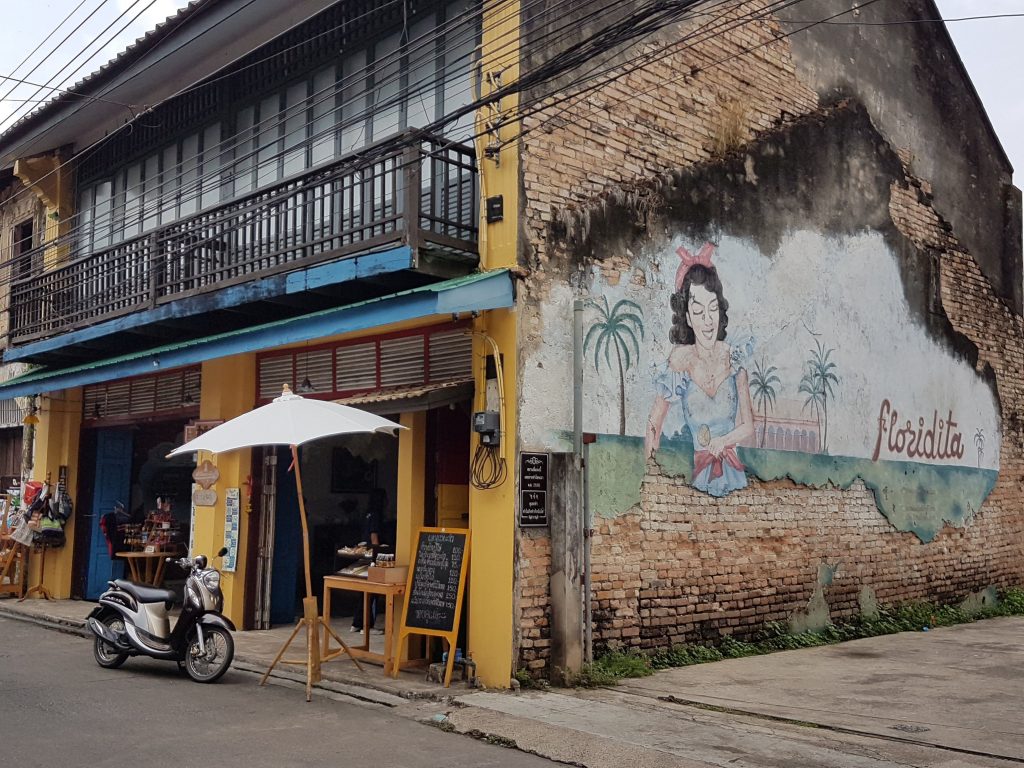 Getting to Chanthaburi city

By car – The province is accessible by Highway 3 from Bangkok , Pattaya and the west of Thailand.  Or if you are coming from the north Highway 317 leads down from Sakeo and the Cambodian border region.  Highway No. 36 for 50 kilometres and Highway No. 3 for another 108 kilometres, a total distance of 248 kilometres.

By Minibus – Victory Monument in Bangkok has mini vans to many near by cities, including Chantaburi. The van to Chantaburi city takes anywhere from 2 1/2 to 3 1/2 hours depending on the driver and traffic. The van stops in Chantaburi just outside town at the Tesco Lotus. The vans also leave from the Tesco going to Victory Monument and Morchit bus station.  Public minibuses from Pattaya depart from Central Pattaya Rd, 100m east of Foodland. 6:00-19:00 every hour. 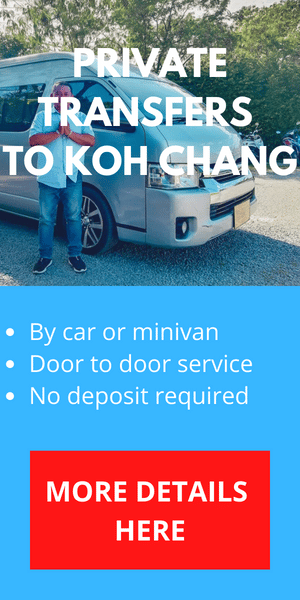